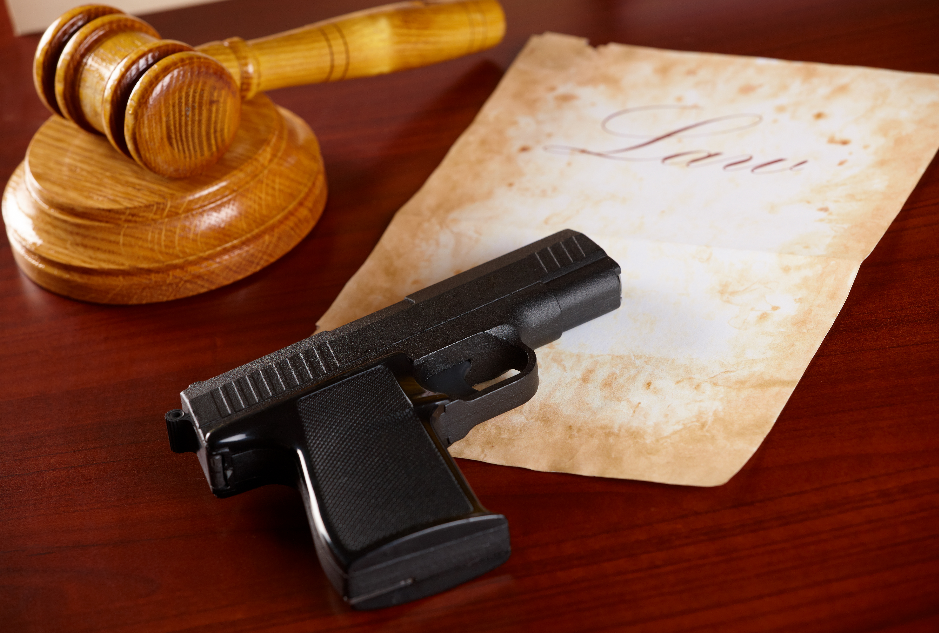 Have you heard there is new federal legislation that will allow someone with a concealed carry permit from one state to carry in all 50 states? It actually might not be as awesome as you have heard. The purpose of this article is to dispel some of the myths associated with this proposed legislation and give an update on its status.

is a new iteration of a law that has been proposed several times over the past 6 years. In its most recent form it was introducted on January 03, 2017 by U.S. Representative Richard Hudson (NC-08). The NRA and other gun rights organizations have been outspoken in their support of this legistation. This week (December 6th) it was voted on by the US House of Representatives and passed by a 231/198 margin. Although it has cleared the House it still has many steps to clear before it becomes law. A brief summary of the remaining procedural process is below:

The house version has combined two separate bills, one on national reciprocity and the FIX NICS bill.  The FIX NICS bill has widespread support among Democrats, whereas the  Concealed Carry Reciprocity Act has significantly less.

Largely due to the social media buzz surrounding it, many people in our training classes are misinformed on many aspects of this potential law (many people we speak with believe it is already a law, which is dangerous). We have received hundreds of emails and phone calls from past students asking about the “new law” and the amount of misinformation we’ve heard is alarming to us. There are some legitimate misunderstandings out there about the Concealed Carry Reciprocity Act, and we want to help clarify a few important points.

What Will the Law Do?

“Your driver’s license works in every state, so why doesn’t your concealed carry permit?”(source)

Subsection (a) states that:

AWESOME RIGHT?!? As long as I have a photo ID & concealed permit (or am from a constitutional carry state) then I’ll be able to carry in any state, what’s wrong with that???

The problem is the text of the proposed law doesn’t stop at that point. If it did, I would agree it would be a great law. Instead it goes on to create two very distinct problems.

What Are The Problems With The Law?

Problem #2: “This section shall not be construed to supersede or limit the laws of any State that—(1) permit private persons or entities to prohibit or restrict the possession of concealed firearms on their property; or (2) prohibit or restrict the possession of firearms on any State or local government property, installation, building, base, or park.”

This wording is more complicated than it first appears. What this means is that your home state permit will always satisfy this requirement, as it entitles you to “carry a concealed firearm in the state in which [you] reside.” Many people who live in restrictive states, like Maryland or New Jersey, have been asking if they can get an easier to obtain out of state permit (such as Utah or Virginia) and still be able to carry in all states. The answer, under the currently worded law, is maybe. Unless the permit you have allows you to carry in your home state, or your state has constitutional carry, the wording of the current law is somewhat awkward regarding non-resident permits. It appears their intent was to allow you to obtain a permit from any state, but if that is the case the language of the law should be updated to unambiguously state that.

There are some positives to this law. I like that concealed carry is being discussed on a national stage and I am glad it is making people more cognizant of the very complicated patchwork of gun laws we have in America. I also like that the law does away with the crazy patchwork of laws regulating magazine capacity (it allows “any magazine for use in a handgun and any ammunition loaded into the handgun or its magazine”), and it explicitly allows for carry on certain federal land (such as National Parks and Army Corp of Engineers property).

However, I think this legislation is badly in need of refinement if it is to accomplish what we all want to accomplish. To me, a much better option would be to pursue a judicial remedy for the right to bear arms much like the NRA and the SAF achieved for the right to keep arms (click here for a summary of the difference). However, if we are going to attack this issue through legislation it needs to be done properly. As most are aware, Legal Heat is the largest provider of concealed carry training in America, having certified over 150,000 people to obtain concealed carry permits. We are also the publishers of a 50 state gun law book & app that is used by hundreds of thousands of gun owners to navigate gun laws in all 50 states. The attorneys at Legal Heat have also worked on several pieces of concealed carry legislation and would be more than happy to act in an advisory role for Congressman Hudson or anyone else involved in this legislation. We want this law to pass, we just want it to be amended slightly before passing.

For the first time in our history, the question before us now is not IF we can pass nationwide reciprocity legislation, but instead HOW such a law should be strategically handled. We are in an exciting time for American gun rights. Legal Heat is very excited about the potential to see quick and decisive progress in the fight for the individual right to keep and bear arms. We will continue to stand on the front lines of this issue by training tens of thousands of Americans each year. If you are interested in attending a training class click here to find a course in your area.

Knowledge is power. Make sure to share this article.