/ News / Packing Heat While Voting? Does Your State Allow It? 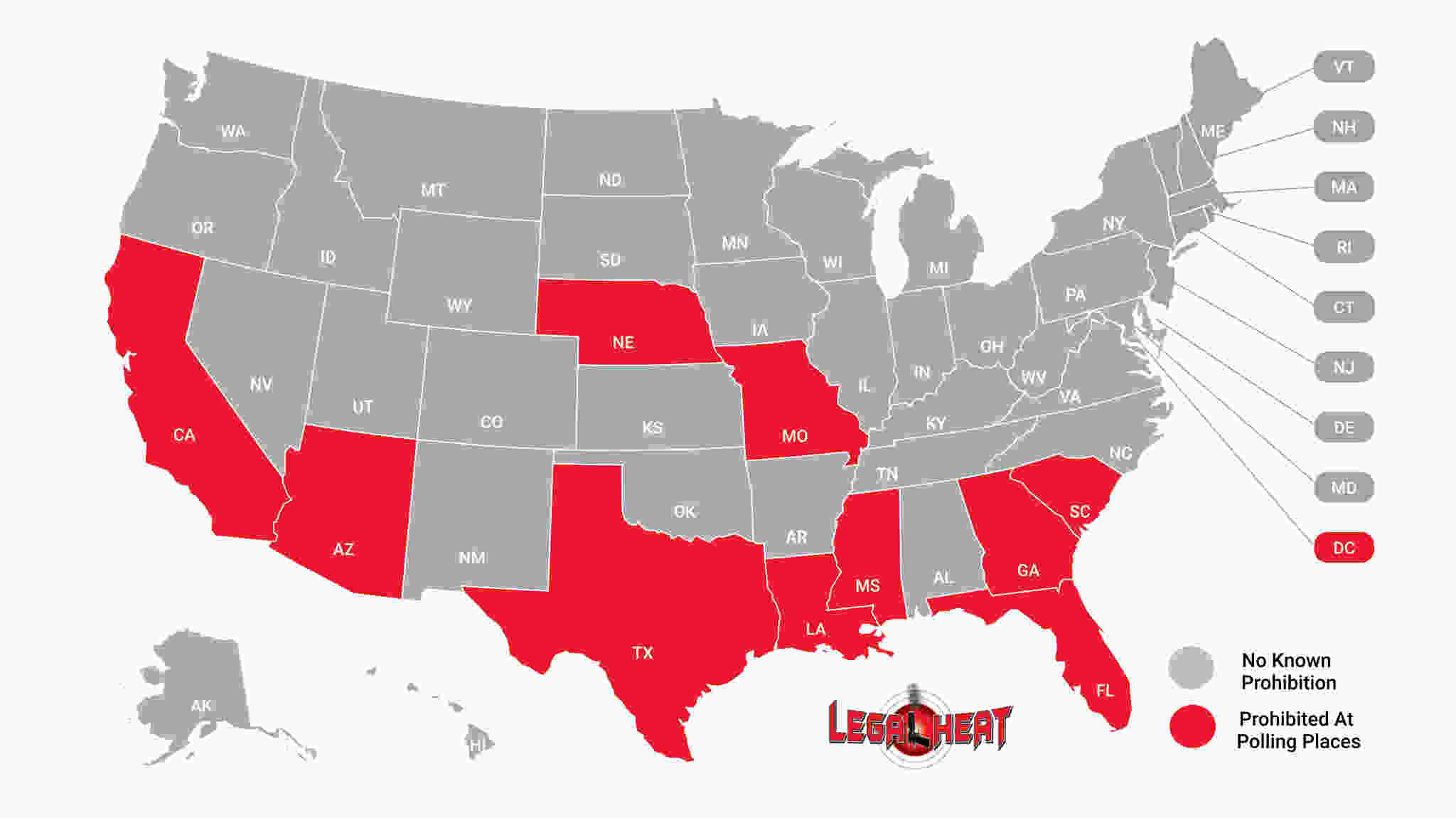 If you’re planning on exercising your Second Amendment right while casting a vote this year you better make sure you know your state’s laws regarding firearms at polling places. Although there is no federal law regulating firearms at polling places, there are a number of states that prohibit carrying a firearm where voting occurs. Some states prohibit you from packing in buildings used as polling places, some prohibit it on the entire property, some prohibit it within 25 feet of the property, while others prohibit it within 150 feet of the property. Prohibitions against carrying firearms at polling places are not new. In fact, one of the earliest recorded firearm law cases relates to this specific subject. In 1889 Texas had a law (Pen. Code Art. 163) which prohibited firearms from being carried “within one-half mile of a polling or voting place on election day during the hours the polls are open”. A man by the name of Jim Barkley had just finished voting and “became involved in a difficulty near the polling place and was followed, and constitutionalattacked, by a crowd of persons, some of whom were armed with sticks or bludgeons.” Jim Barkley’s brother, who happened to be working across the street at the time, saw the attack in progress, and, as the case tells us “he armed himself with a pistol, which he kept in his place of business, and went hurriedly to the scene of the difficulty, and, in a peaceable manner, quelled the disturbance and returned immediately to his store.” Because Jim’s brother was within one-half mile of a polling place at the time, he was charged with violating the law. On appeal, however, the court ruled that the Texas law, “cannot be construed to deprive a person of the right of using arms to protect himself, or another, from death or serious bodily injury where the danger is immediate and imminent, and not merely prospective and probable.” Barkley v. State, 12 S.W. 495 (Tex. App. 1889) Does your state allow you to pack heat while voting? Find out below. NOTE: For this article, we are limiting our focus to states that prohibit concealed carry at polling places. Open carry laws would require a more complex analysis. Also, some states have limited or no state preemption laws, which means local jurisdictions (cities and counties) might be able to enact additional restrictions not covered here. For a more in depth analysis download the Legal Heat app or pick up a copy of the Legal Heat book today.

Get out and vote, and as always, be safe and be legal. There are over 20,000 state, federal and municipal gun laws in America. Legal Heat specializes in helping you understand these laws through their in-person and online classes, books and mobile phone app. Legal Heat offers CCW classes nationwide, and also publishes the industry leading Legal Heat 50 State Guide to Firearm Laws and Regulations which can be downloaded on iTunes, GooglePlay and Kindle App stores. You can purchase the paperback version of the Legal Heat 50 State Guide or sign up for a class by visiting www.mylegalheat.com or by clicking here.Phil Nelsen is a nationally recognized firearms law attorney, expert witness, college professor, author and co-founder of Legal Heat, the nation’s largest firearms training firm.